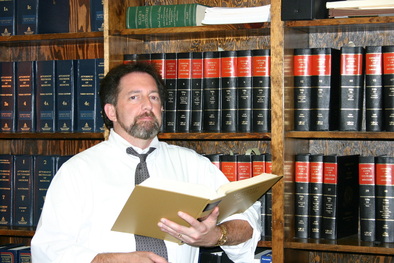 I grew up in DeKalb County, Georgia. Joined the U.S. Navy at 17 and “saw the world” for 5 great years. I decided to leave the Navy with an Honorable Discharge to pursue my college and law degrees. I received my Bachelors of Arts with honors from the University of West Florida in 2 1/2 years while working full time and supporting my wife and two small children. I was accepted to study law at the University of Georgia School of Law in 1982. I graduated  6 months before my class in 1984.

In 1995, I entered into private practice. Initially My practice involved criminal defense, personal injury, family law and representing Lumpkin County as its County Attorney. Presently I have limited my representation of private practice clients to Personal Injury, Criminal Defense and Divorce and Child Custody cases in all Georgia Municipal, Juvenile, State, Superior and Appellate Courts and the United States Supreme Court.

More specifically, I represent clients in all serious bodily injuries and deaths resulting from: automobile and other motor vehicle related wrecks and injuries; negligently maintained unsafe conditions on either private, commercial (stores, offices, etc.) or government locations (slip and fall, etc.); and most other negligently and intentionally inflicted bodily injuries. I have represented over 300 personal injury clients recovering millions in damages for my clients.

I  represent clients in all criminal cases including but not limited to all Felony and Misdemeanor charges, bond hearings, preliminary hearings, suppression hearings, jury trials, probation revocation charges, ordinance violations, appeals, habeas corpus petitions and juvenile charges. I have defended over 650 criminal cases since going into private practice.

And I represent clients in Divorce and Child Custody litigation – from simple and uncontested cases to complex, “knockdown” cases. I have represented over 250 divorce and family law clients